Elizabeth I in North Carolina

Posted on June 4, 2019 by thehistorytourist

The Elizabethan Gardens, on Roanoke Island, is an “Elizabethan-inspired” 10-acres run by the Garden Club of North Carolina.  It was conceived in 1950 as a memorial to the Lost Colonists of Roanoke — the 120 English who arrived on Roanoke in 1587 and, by 1590, had vanished with only a carefully deconstructed settlement and “CRO” and “CROATAN” carved in wood left behind. What’s left of their settlement is now part of Fort Raleigh National Historic Site, next door to the Elizabethan Gardens.

The original idea was that the garden would “typify the kind of garden a successful colonist might have built on Roanoke Island had the colonization succeeded” (says their website). But then someone told the garden club ladies about a cache of Italian stone statues that were about to be removed from the Georgia estate of John Hay Whitney, a newspaper publisher, former US ambassador to England, art collector and all-around rich guy. The pieces were going to be donated to the Metropolitan Museum of Art in NYC, but somehow the Whitneys were convinced to donate them to the Elizabethan Garden instead. That set the gardens on a fancier course.

This fountain, with a statue of Aphrodite, and the balustrade are thought to be c1300-1699, from the Palazzo Farnesi in Rome. This thought is based on “an inventory of art conducted by the Smithsonian,” according to the garden’s website. Exactly who at or what part of the Smithsonian the website doesn’t say, and the bottom line is: no one is really sure where the Whitney statues came from and how old they are.  It’s odd that the Whitneys and Stanford White, who acquired the statues for the Whitneys, didn’t keep meticulous records of the statues’ provenance. 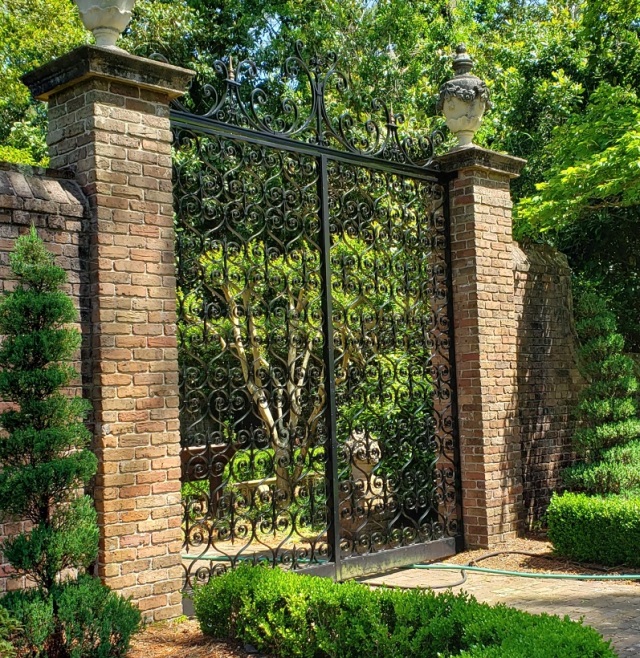 Another garden feature with ambassadorial connections is the iron gate at its entrance. Forged in the 18th century in Europe, they’d ended up at the French embassy in Washington DC by the early 20th century. They were removed during a renovation and bought by Douglas Dillon, former ambassador to France, and donated to the garden.

In 1587, before the Roanoke colonists vanished, a child was born at the Roanoke settlement, to the daughter of the governor of the colony. Declared the first English child born in the Americas and named Virginia, her birth is recorded because her grandfather sailed back to England just a few months later. Sometime after her grandfather left, Virginia Dare disappeared with her parents and the rest of the colony.

The 1860 statue above, by Louisa Lander, is Virginia Dare as, says her exhibit label, “she may have looked as a grown woman.” Lander was an American expatriate living in Rome, so I thought that she was trying for an Italianesque Virginia-as-Aphrodite. But apparently it’s Virginia-as-Pocahontas.  Based on the theory that the lost colonists assimilated into the Croatan tribe, Lander envisioned Virginia growing up to be a Native American princess.

The statue was donated to the gardens, in the 1950s, by Pulizer Prize winning playwright Paul Green. It caused quite the kurfluffle when Landers introduced it in the 1850s, so it’s nice that the garden ladies of the 1950s embraced it.

Named “the Ancient Oak,” this tree is believed to have been alive when the Roanoke colonists landed. The garden is a certified arboretum.

The garden is also dog-friendly … 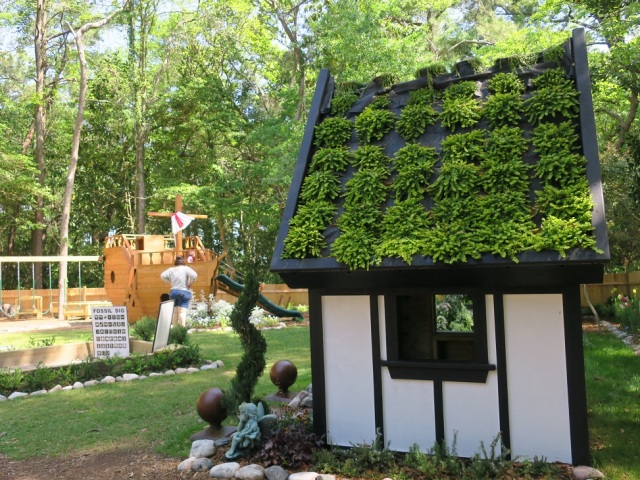 Since this is a garden, let me end by showing you some pretty flowers. 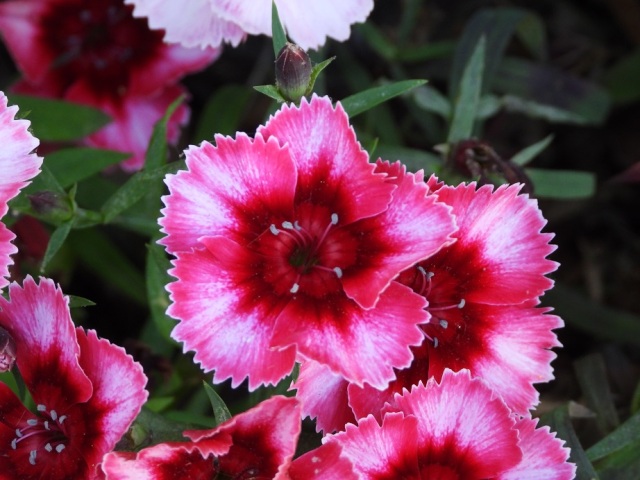 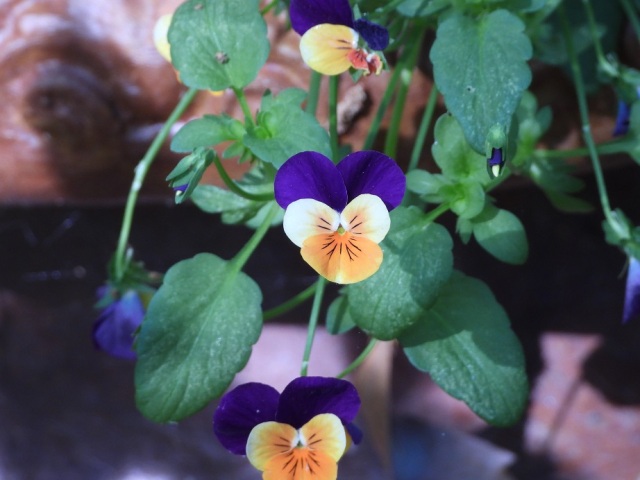 We went to the gardens for Mr. History Tourist, who likes photographing flowers. I liked the flowers too.  But the History Tourist extra: the art and the acquisition history gave me something to blog about.

7 Responses to Elizabeth I in North Carolina