Oh no! Not another charming hill town!

Posted on June 14, 2018 by thehistorytourist

Several years ago, I drove through Bavaria with a couple of friends.  Have you been to Bavaria? It’s unrelentlessly beautiful and charming.  In fact, it became a running joke with us.  We’d round the bend on the autostrasse and a quaint little church on a flowered town green would pop into view.  And we’d dramatically moan, “Oh no! Not another charming village.” 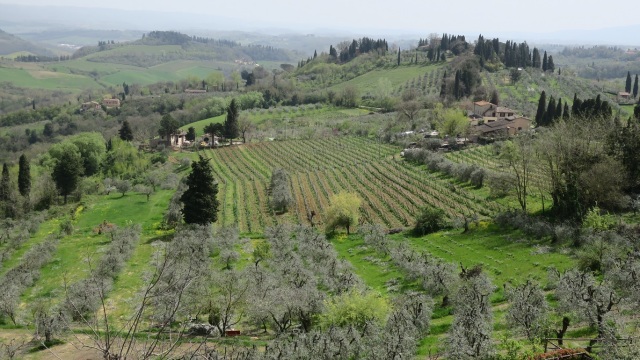 That experience came to mind as we rolled up the hill toward San Gimignano.  Oh no! Not another charming Tuscan hill town.  But, yes it was.  And — all together now — it’s a UNESCO World Heritage Site.  Because it’s historic city center “contains a series of masterpieces of 14th and 15th century Italian art in their original architectural settings” and it “bears exceptional testimony to medieval civilization since it groups together within a small area all the structures typical of urban life: squares and streets, houses and palaces, as well as wells and fountains.” Again from the UNESCO website. 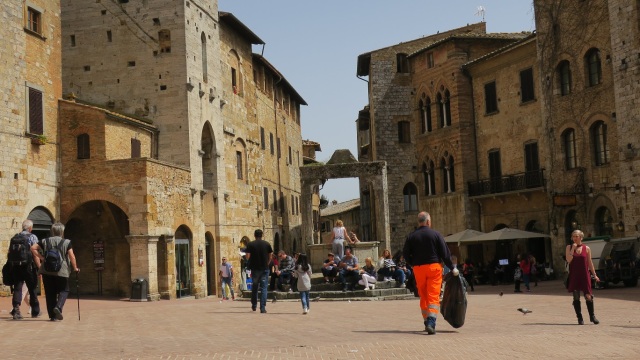 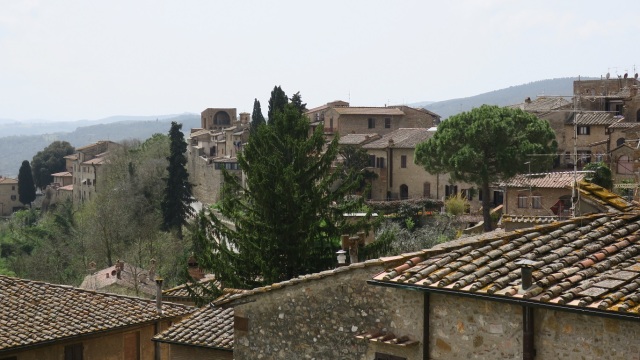 The “series of masterpieces of 14th and 15th century Italian art in their original architectural settings” refers to the artwork in the 12th century Basilica of Santa Maria Assunta.  It’s right off the town square.  The outside is a very plain, brown and stone. It’s interior, however, is covered with paintings and murals — floors, ceilings, walls, every nook and cranny. There were no photographs allowed inside.  I understand there’s quite the security presence to enforce that rule, so I don’t know how all the people who have posted interior photos of the cathedral on Trip Adviser got them.   But if you want to see some, that’s where you can go. 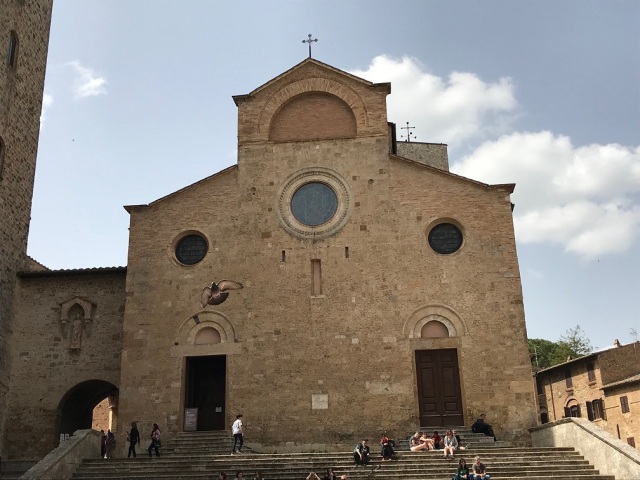 Once I learned that I couldn’t take photos inside, I opted against going in. Because by this time, all the churches were beginning to swim together. And, as much as I love churches and church architecture, I wanted to save my energy for the ones that I could share here.

So let’s talk toilets. While I was considering whether I wanted to see the basilica, Patricia had taken herself off to the public toilet. All the tourist towns have them. They’re usually owned by the town, which rents them out.  The person in there cleaning and taking your money — it general costs one to two euros to use one — is the renter. And all the ones we used were sparking clean.

When Patricia came back she said, “You should have come with me.  This one was a Hollywood bathroom.” 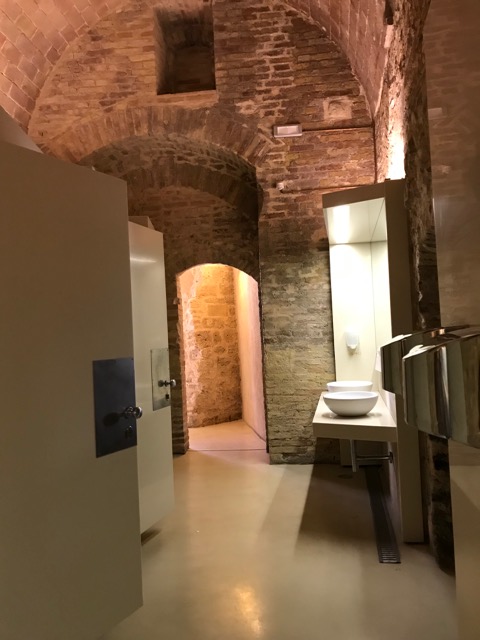 Bathrooms in food establishments and shops are free and very nice too.  Avoid free public toilets maintained by municipalities at all costs, however.

Once I’d nixed the basilica, we decided to take our time in San Gimignano to do some serious shopping.  By now, we were half-way through our tour and I hadn’t bought any gifts — not for Mr. History Tourist, not for the kids, not for the grand kids.  Fortunately, we came upon several bicycle-wear shops. Mr. HT is a cyclist, so I bought him an Italian bicycling jersey– practical and easy to pack. The problem with buying souvenirs these days is that you can buy anything from anywhere on-line. But it’s the thought that counts, right? 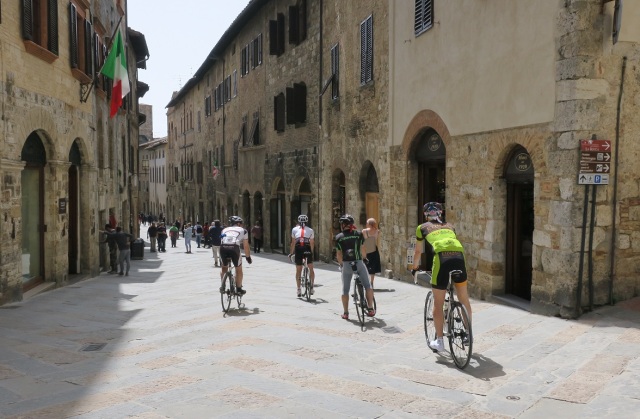 This was another day that I don’t think poor Patricia got lunch.  We did, however, get in our daily gelato, at the Gelateria Dondoli on the bottom left of the photo below.  Good but not exceptional. 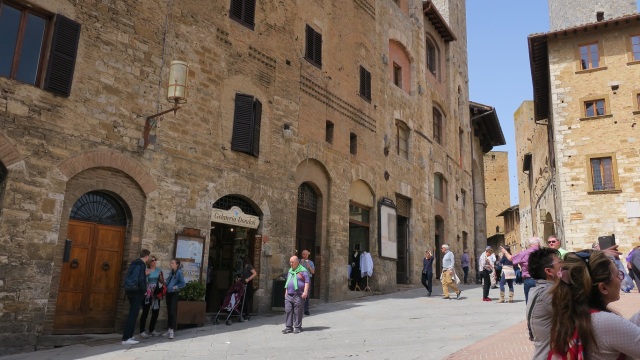 No need to have lunch anyway, because we were about to have an epic meal at the Castello di Verrazzano. It’s a winery and restaurant that would be the next stop on our tour.

*Photo credit for the cathedral and the public toilet to Patricia.

Gallery | This entry was posted in Italy Tuscany and tagged San Gimignano. Bookmark the permalink.

4 Responses to Oh no! Not another charming hill town!