Posted on January 24, 2016 by thehistorytourist

Saint-Gaudens liked Cornish so much — there was also a thriving artists’ colony there — that he bought the inn from Beaman and made it his summer home. In 1900, he moved there permanently, naming it Aspet, after his father’s hometown in France. 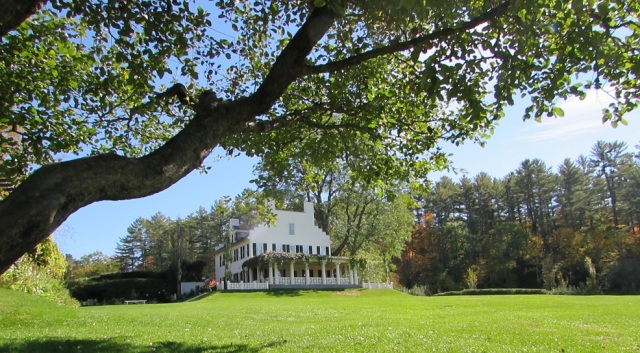 Aspet is now part of the Saint-Gaudens National Historic Site. A New Hampshire magazine printed that it’s is the least visited NPS site in the US  but that’s far from true, said the ranger who gave us a tour of the house. And I believe him — there were loads of people there on the day that we visited.

The park is made up of the house, visitor center with film and museum, studios, outdoor sculpture garden, flower gardens, and trails. We could have easily spent an entire day or more there, if we’d had the time.

I first encountered Augustus Saint-Gaudens about 30 years ago, at the grave of Marian Hooper and her husband, writer Henry Adams (of the American presidential family) in Rock Creek Cemetery in Washington DC. Henry had commissioned Saint-Gaudens, the leading sculptor of the day, to create a memorial for Marian’s grave after her 1885 suicide (over the death of her father, it’s believed). The result became one of Saint-Gaudens’ most famous creations, which Saint-Gaudens called The Mystery of the Hereafter, but that is popularly known as Grief.  Henry hated that pop moniker. “Do not allow the world to tag my figure with a name!” he wrote to Saint-Gaudens. Interesting facts about the memorial: (1) Adams traveled to Japan for inspiration for the scupture, because he wanted a Buddhist-like serenity represented by the figure; and (2) the figure is unisex: Saint-Gaudens used both male and female models for the face. There’s a version in the sculpture garden.

Saint-Gaudens was married to a painter, Augusta Horner. Yes, Augustus married Augusta — what are the chances?  He also had a mistress, Davida Clark, who was thought to be the real love of his life.  He called her the most beautiful woman he’d ever seen and she was the face of his sculpture of the goddess Diana, which originally appeared as a weathervane on top of Madison Square Garden. The body of Diana, however, was not of Davida but of a 17-year-old NYC model. So even the most beautiful woman ever had her limits. 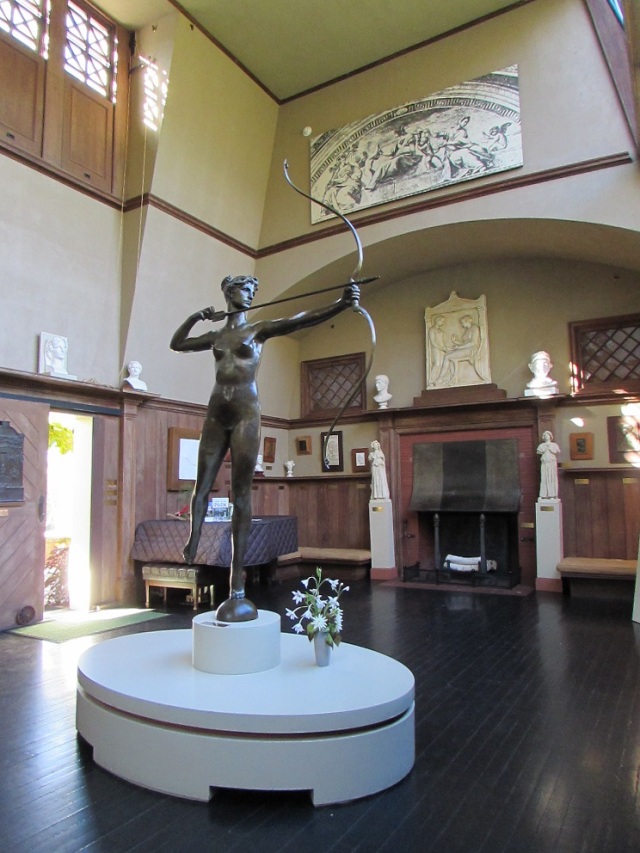 Saint-Gaudens found his Lincoln model for the Chicago commission in Langdon Morse of Windsor, Vermont, from just across the Connecticut River. He doesn’t look much like Lincoln in his photo, but you can definitely tell how he translated into the sculpture (sorry for the terrible photo of the Lincoln head, which was taken through a plexiglass case).

Saint-Gaudens also used life casts of Lincoln’s hands and face, made in 1860. The casts are in the museum in the visitor center as is a miniature of the Lincoln Park statue: the Standing Lincoln.

Gallery | This entry was posted in New Hampshire. Bookmark the permalink.