Posted on July 18, 2015 by thehistorytourist

As we rode the subway from the Common back to the Boston Museum of Fine Art, I remembered — sort of — a song about a guy stuck in the Boston subway.  “Do you know it?” I asked Kathie.

“Did he ever return? No he never returned and his fate is still unlearned.
He may ride forever ‘neath the streets of Boston. He’s the man who never returned.”

The MTA Song was about a man named Charlie, who boards the Boston subway (which was once called the MTA, for  Metropolitan — thanks, Dixie, for the correction – Transit Authority) but finds out, when he reaches his destination, that he’s 5 cents short of his fare.  So he isn’t allowed off the train.

Charlie’s wife goes to the Sculley Square station every day at 2:15 and hands him a sandwich through a window as his train passes through.  That makes me wonder why she doesn’t hand him the money to get him off the train. 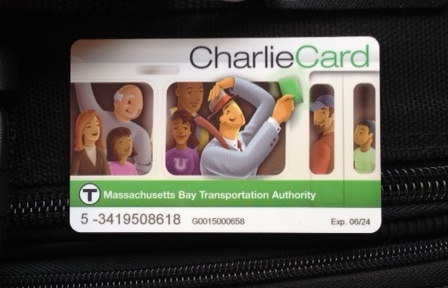 And riders must now pay at the start of their journey. 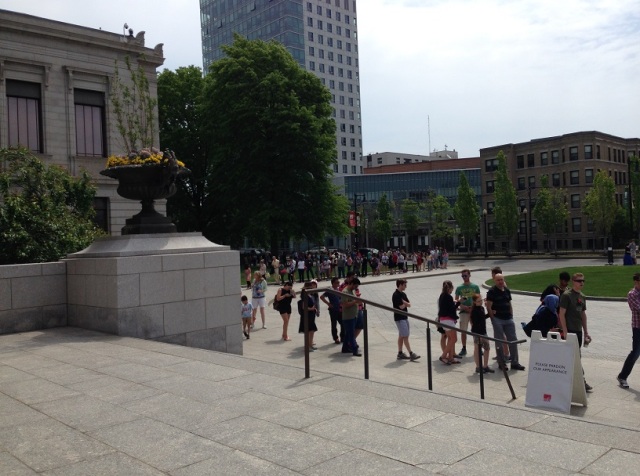 “Oh #$%@!” said Kathie. She was looking out the window as the train approached the museum.  “Look at that line.”

It was a couple of minutes past 10 and a line snaked from the museum entrance around two sides of the very large building.  Have I mentioned: I don’t do lines.

We didn’t know that the museum is free on Memorial Day or we would have most certainly avoided the place that day. We learned the “free” part after we joined the end of the line, enlightened by the nice young lady in front of us.  She must have thought that we were the world’s grumpiest people. The cost of getting into the museum is not insignificant — $25 for adults — and today it was Free! And we were Complaining! Because there was a long Line!

Spoiled History Tourist.  But yes, at that moment, I had more money than time and would rather have paid the fee and not had to wait in line.

Kathie and I discussed our strategy: we’d give it 30 minutes and if we hadn’t made significant headway, we’d move on. There is no end to history tourist destinations in Boston.

We were inside the museum within 30 minutes – the museum staff was amazingly efficient – so there was no need to engage Plan B.

There were paintings, gravestones, statues, dresses, textiles, sarcophagi, jewelry, weapons, doors and entire rooms out of historic houses. But I’ll show you a sample of the ones that I wanted to take home with me.

We started on the first floor, with American Art. That’s Frederick Carl Frieseke’s 1910 The Yellow Room. The label says that it combines the influences of Frieseke’s mentor Whistler and his neighbor Monet. 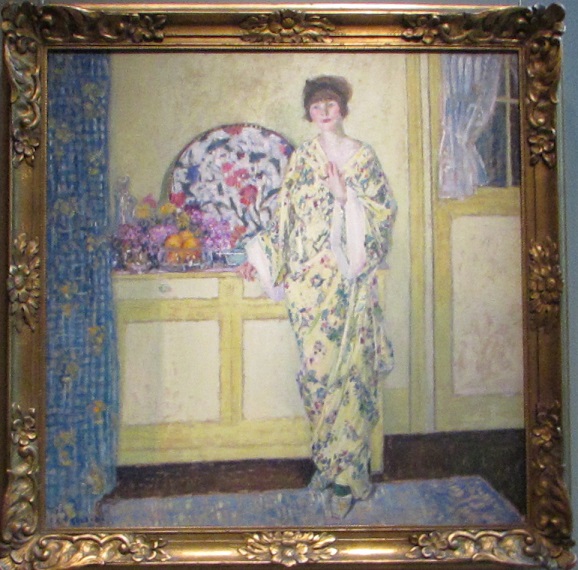 Then we went through to the Art of the Ancient World. The lion was found in Corinth, Greece in 550BC. He once capped a column on a funeral monument. 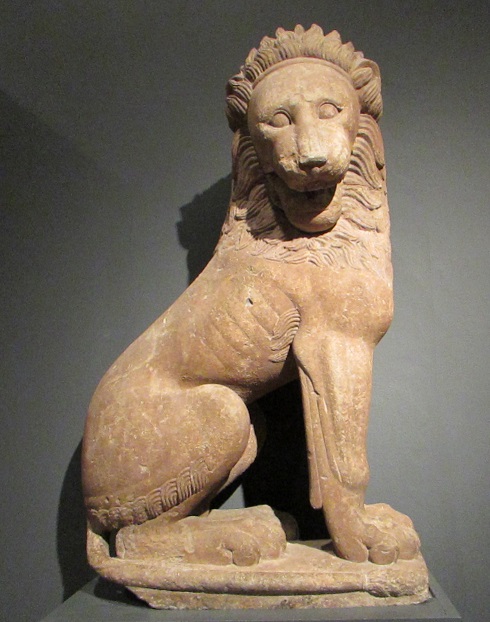 Then a tiny bit of Europe (ca. 1657 silver cup made in London) before it was time to go home. We’d been at the museum for about 6 hours and had covered only one floor.  The museum has four floors. 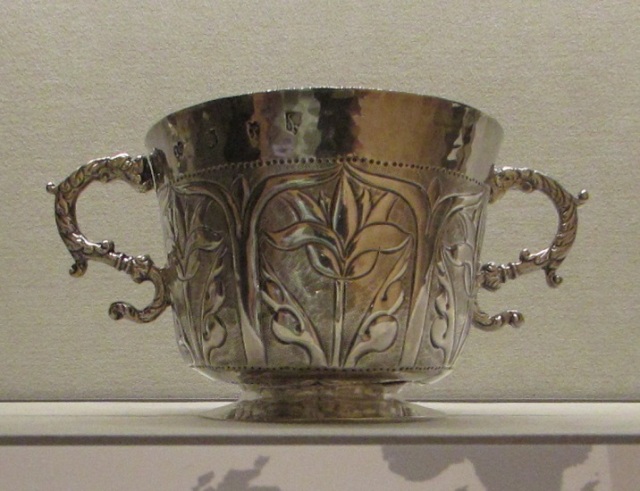 The museum was the finale to my northeast Massachusetts weekend.  Someday I’ll have the time to spend multiple days at the museum and the wherewithal to see it all. And enough time to see the rest of the sites I missed in and around Boston: the Freedom Trail, Adams National Historical Park, the USS Constitution and the Kennedy Library, among dozens of others.  I have a Charlie Card now, so that means that I have to go back.

Gallery | This entry was posted in Massachusetts and tagged Boston Museum of Fine Arts. Bookmark the permalink.

4 Responses to More Money than Time