Posted on July 27, 2013 by thehistorytourist 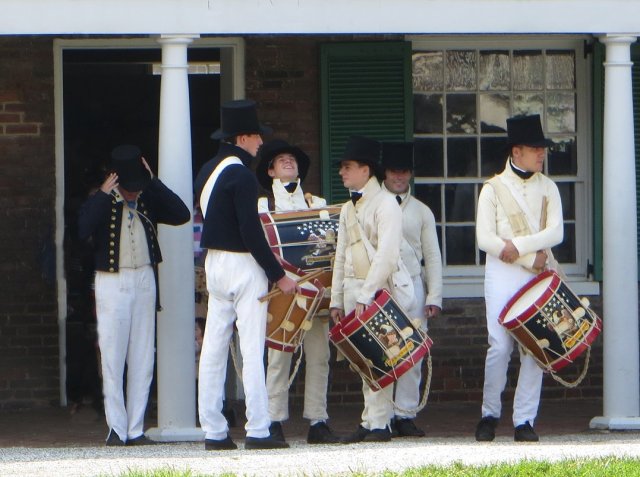 “What are you doing, all alone?” I asked a man in early 19th century military uniform, sitting at a desk in an exhibit room at Fort McHenry.

He stared at me for a moment, as if annoyed at being engaged.  “Waiting,” he finally replied.

This is Marine Corps Weekend at Fort McHenry, with volunteers from the U.S Marine Corps Historical Company garrisoned at the fort to interpret the role of the US Marines in the War of 1812.

Grump McGrump was not a Marine.  Volunteers with a reenactment group called the Fort McHenry Guards were also there. 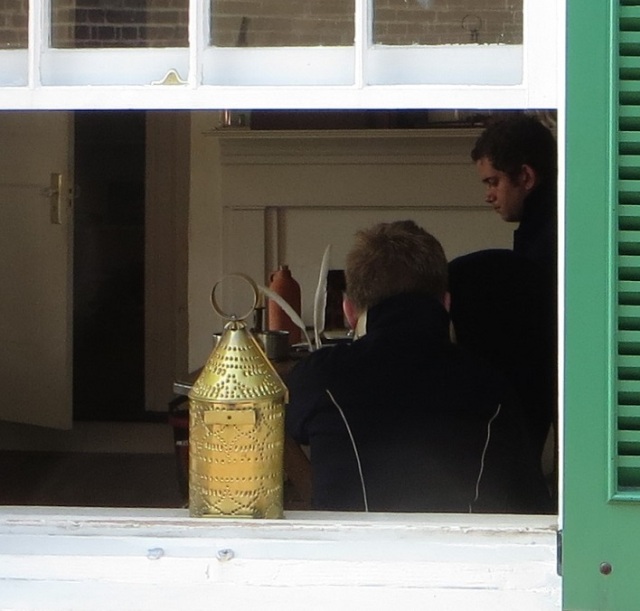 The question that I wanted to ask him was: why in the world are you dressed in costume and sitting in a museum if you don’t want to be bothered by tourists?  But the question that I actually asked was, “Where is everyone else?”

I knew the answer.  I’d seen them march in formation a few minutes earlier, out to an area just outside the fort.  But this post was already beginning to form in my mind, so I questioned on.

“Do you mind being left behind, to wait for whatever it is that you’re waiting for?”

“Someone has to stay behind, to see to the correspondence and the papers.”

I nodded my head encouragingly, as I’d been taught to do in a counseling class to engage reluctant patients.  But instead of talking on, he nodded his head in rhythm with mine.  Was he mocking me?  I raised teenagers. I worked for the U.S Congress.  I know how to deal with recalcitrant.

“That is the job of the quartermaster.”

“Are you the quartermaster?”

“And what does quartermaster do?”

“The quartermaster is responsible for the security of government’s property.”

I was on the verge of another question — I could go on as long as he could — when a ranger announced the start of a canon firing demonstration on the battery.  That’s where all the other reenactors and tourists had gone.  I was torn: continue to torment him or watch the demonstration.  The demonstration won out.

“Thank you for explaining that to me,” I said.  He shrugged and looked away. 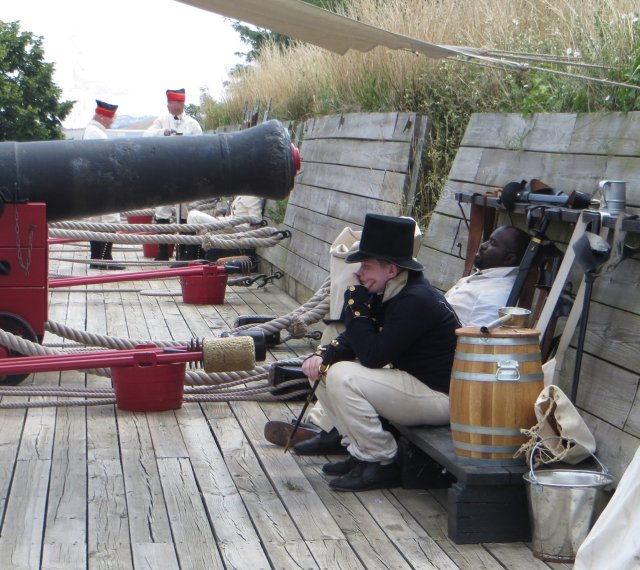 Troops at Fort McHenry, at the entrance to Baltimore Harbor, successfully defended themselves and Baltimore from the British fleet during the War of 1812.  Its enduring claim to fame is not so much that it won that battle, however, but that lawyer Francis Scott Key, after watching the fighting, was moved to write a poem that would become the lyrics to the U.S. national anthem.