No Das Boot for Me

Posted on July 23, 2013 by thehistorytourist

I learned something about myself during a tour of the USS Torsk, a Tench-class  submarine that saw a lot of action in the Pacific during World War II.  I have become claustrophobic in my old age.  There was only about 10 of us in the ship while I was touring, and that seemed overwhelming.  I can’t imagine living in that ~311′ x 27′ space for six months with 80 other people.   Thinking about it now, sitting at my desk, I’m beginning to hyperventilate. 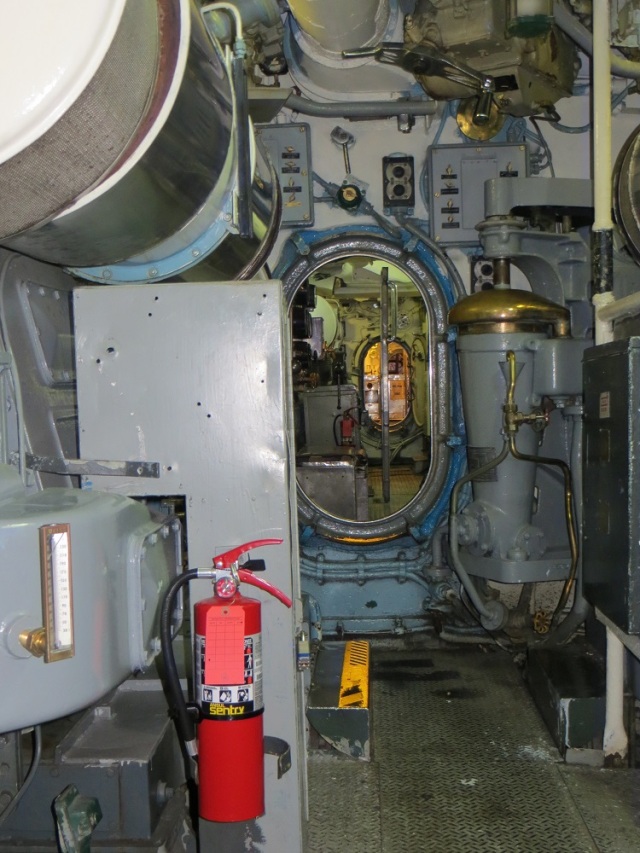 Called the Galloping Ghost of the Japanese Coast, the Torsk is credited with making 10,600 dives and sinking three Japanese ships, including the last one to be torpedoed before peace was declared.  It now sits in Baltimore Harbor, one of a quartet of museum ships that make up  the Historic Ships of Baltimore.

6 Responses to No Das Boot for Me