Posted on June 20, 2012 by thehistorytourist

“I don’t know if I can sleep in here with him staring at me,” I said, about the portrait above the mantel.  It was the typical 19th century portrait of a stern man in black.  Actually, he didn’t look that stern.  He looked rather kindly.  Still… 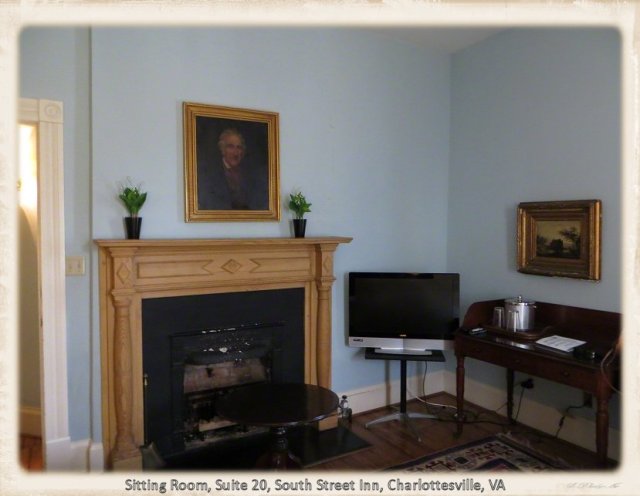 “I’ll trade rooms with you,” said Kathie.  She lives in a museum-like restoration of an 18th century farmhouse in New Hampshire, so some grim old portrait wasn’t going to faze her. 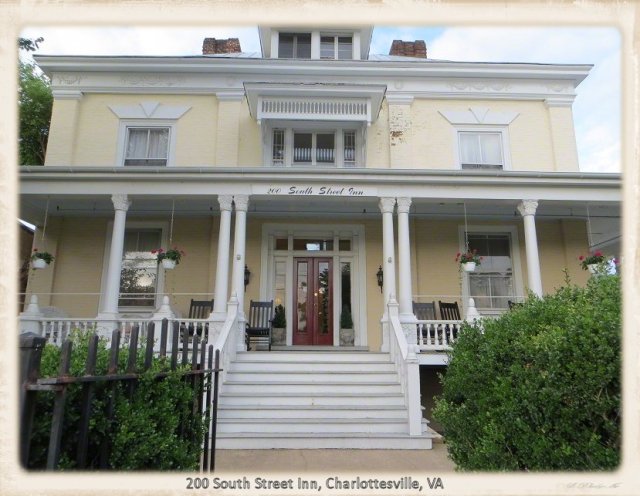 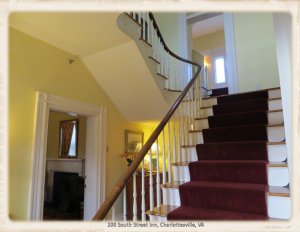 We were staying at the 200 South Street Inn, an 1856 property that had been, at one time in its life, home to the Robert P. Valentine family (kin to the Richmond Valentine History Center Valentines), a girls’ school, a boarding house, and a brothel.  Its history is a good representation of how the fortunes of some urban areas fell in the early 20th century.  I’d chosen it for the location, in the middle of downtown Charlottesville, Virginia.  It’s also 4 miles and a 10 minute drive to Monticello.

We were in a suite in the Inn’s annex, next door to the main house, and Kathie had the bedroom.  They had made the sleeper sofa in the parlor for me.  That’s where the old guy hung. 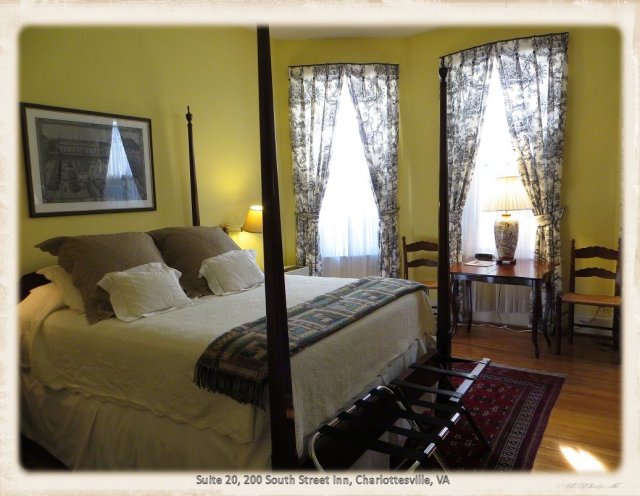 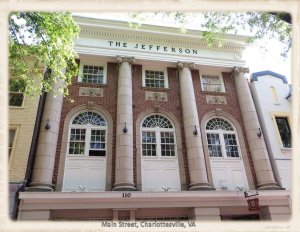 We checked in early evening and helped ourselves to the homemake chocolate chip cookies at the reception desk.  There was wine and snacks in the sitting room but we’d done the wine thing earlier in the day at Barboursville.  We were ready for dinner.  So as soon as we dropped our bags in the rooms, we went in search of food.

Charlottesvile has closed off, to traffic, 10 blocks of Main Street in its historic midtown and turned it into a pedestrian mall lined with restaurants, shops and theaters.  South Street is two blocks from the mall.  Choosing from among the dozens of restaurants was hard,  but we finally settled on a seafood place with outdoor seating in the center of the street. Perfect weather, clams and street theater.  What more could we ask? 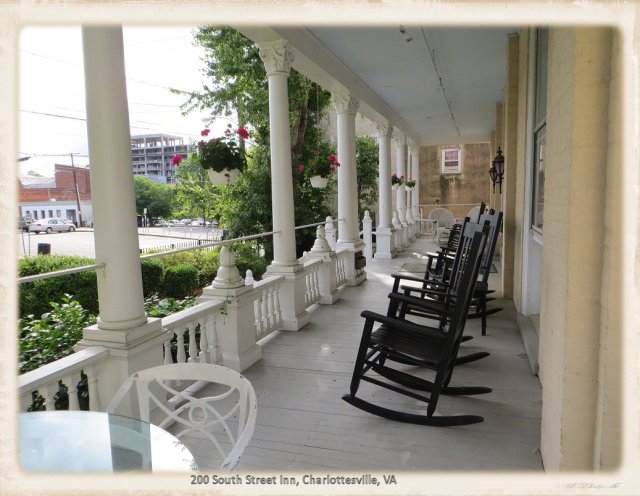 The immediate area where the inn is located is a commerical one and not particularly attractive.  There are parking lots across the street and train tracks behind.  Neither was a problem for us, though.  We barely heard the train when awake and not at all while we slept. 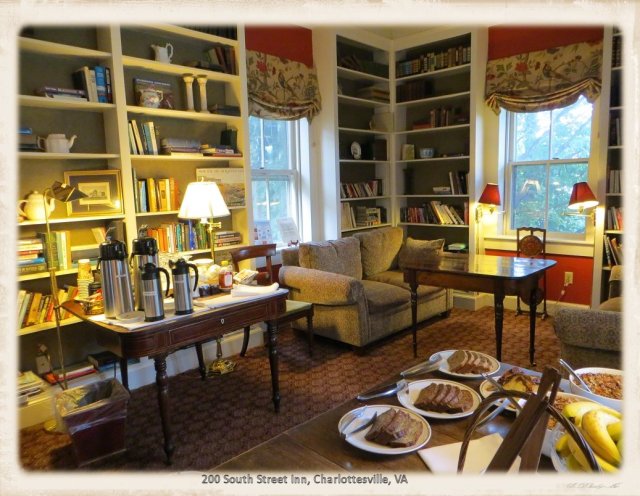 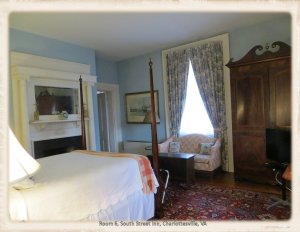 Breakfast was fresh squeezed juices, cereals, yogurts, homemade breads, and fruit.  I grew so addicted to their homemade granola during the two days that we were there that I downloaded the recipe off their website and have been making it ever since.  Not a good thing, since I’m sure that it has a zillion calories per serving.

I have to mention the best part of the inn: the service.  Kathie had to conduct business, unexpectedly, during our stay there.  They obligingly received and sent faxes and emails for her while we were off playing at Monticello.  They also were very helpful in the recommendations and directions department.

And the old man.  Turned out not to be so scary after all.